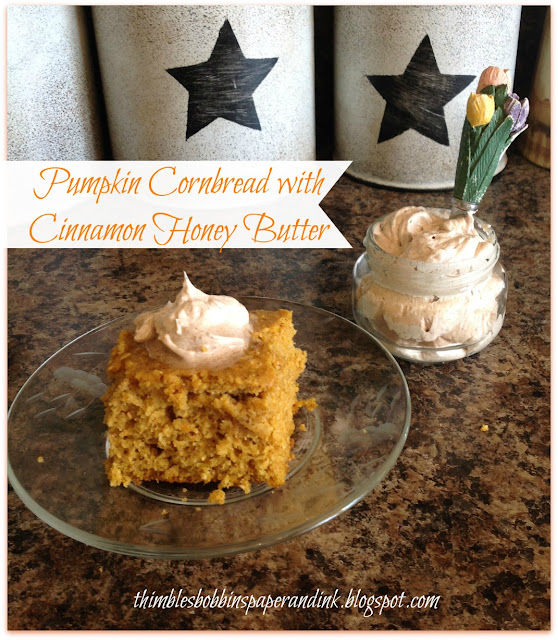 Every autumn the pumpkin craze starts up again and we find pumpkin in anything and everything. I must admit that I'm a crazy pumpkin fanatic too. Pumpkin Spice Latte, Pumpkin Spice Cherrios Cereal, Pumpkin Soup, Pumpkin Roll, Pumpkin Pie and ... PUMPKIN CORNBREAD with CINNAMON HONEY BUTTER!
It's wonderful! Both the cornbread and the Cinnamon Honey Butter. Put them together and they are quite the feast!

You know you want to try it! Here is the recipe: 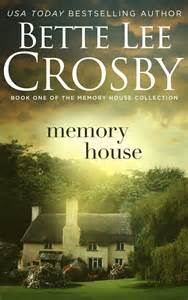 Posted by thimbles bobbins paper and ink at 8:14 PM 7 comments:

﻿
I like to bake bread and not just plain white bread.  I have a lot of different kinds of flour ranging from whole wheat, multigrain, rye, buckwheat, graham...the list goes on.  I use a lot of whole wheat flour and I needed another canister to store it in.  While rummaging around in the basement I came across a couple of huge, gallon+ size, glass pickle jars.  You know...the kind that food service and vendors have that their pickles and condiments come in.  That's when I decided to upcycle the jars into flour canisters.


The clear glass was perfect for trying my hand at a little decorative glass etching. 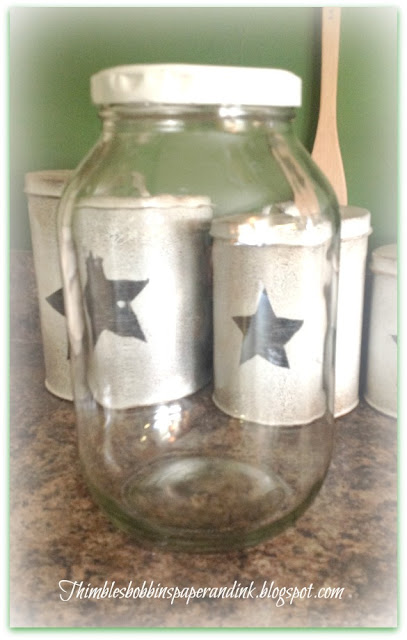 For the lettering I cut out my own lettering stencil to spell our FLOUR in a fun script.  Then I used a Martha Stewart floral design stencil beneath the word FLOUR.  I taped the stencils to the glass jar and applied the Martha Stewart Glass etching liquid with a foam brush over the letters and design. 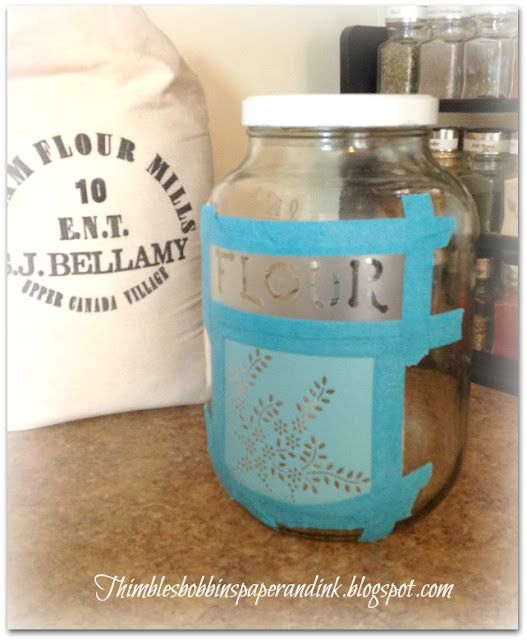 Then being very careful, I removed the stencils, washed away the excess etching compound and...
Voila!
I created a canister for more flour.
﻿ 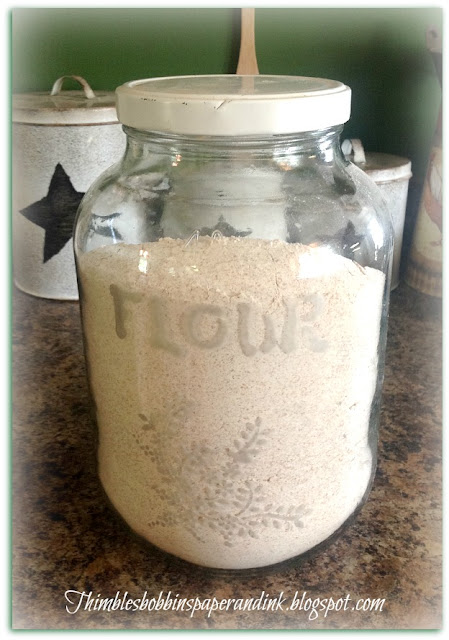 The lid is looking a little shabby covering the pretty jar so I think perhaps I'll cover it with either a pretty fabric or I'll paint it.  It's fun giving new purpose to discarded 'junk'.
﻿
Until next time,
Cheers!
Jennifer

Posted by thimbles bobbins paper and ink at 4:28 PM 2 comments: 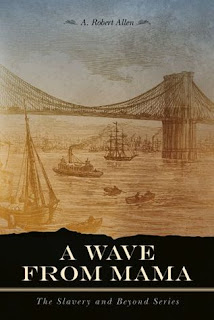 
Until next time,
Cheers!
Jennifer
Posted by thimbles bobbins paper and ink at 4:18 PM No comments:

Someone very special to me had her second baby girl this summer.  The newborn has a 2 years old big sister, so I thought it might be fun to make the little girls matching Summer Sun Suits.  ﻿ 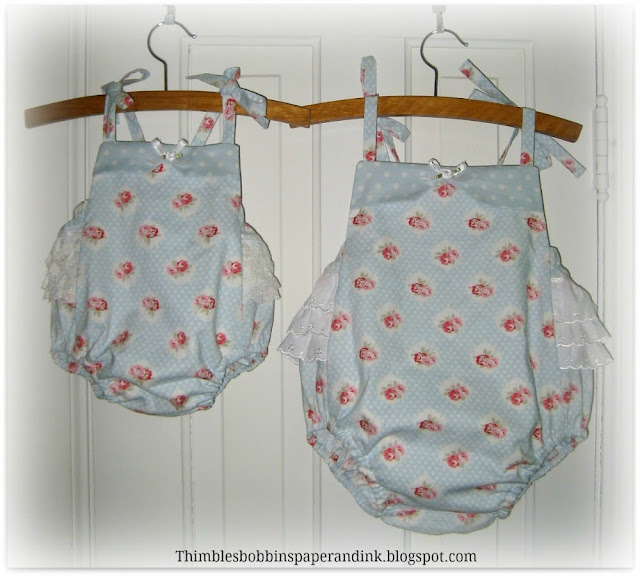 I just love browsing digital sewing patterns on Etsy and I found this darling pattern that would fit sizes from Newborn to 24 months at My Childhood Treasures Etsy shop. 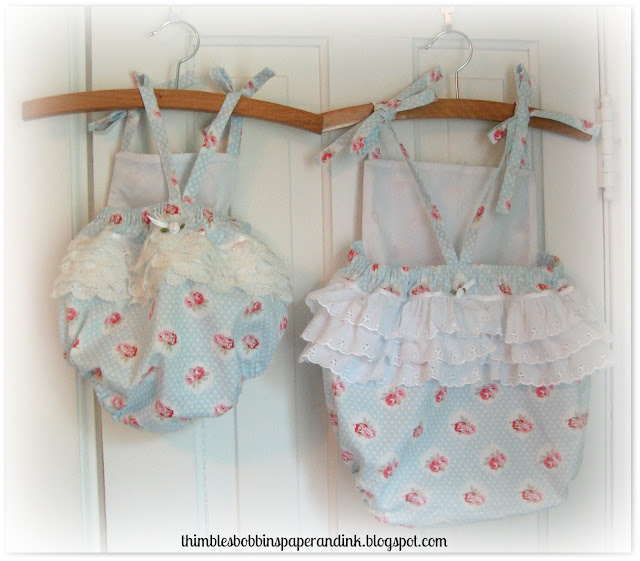 The pattern does have a ruffle pattern piece, but I decided to use up some of my lacey ruffles, satin ribbons and satin rose buds and embellish in my own way. 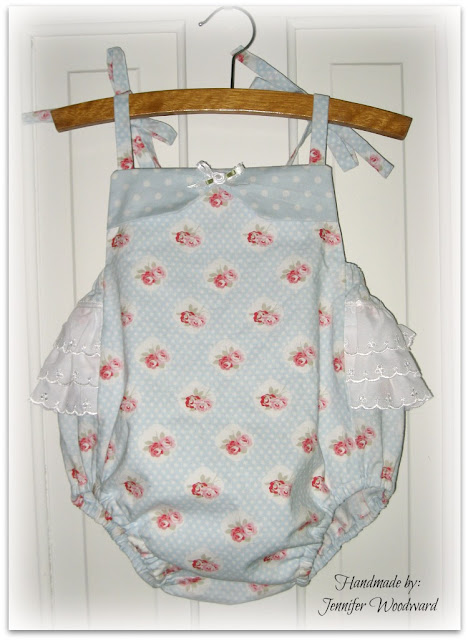 These were so fast to sew up and I had just the best time making them. 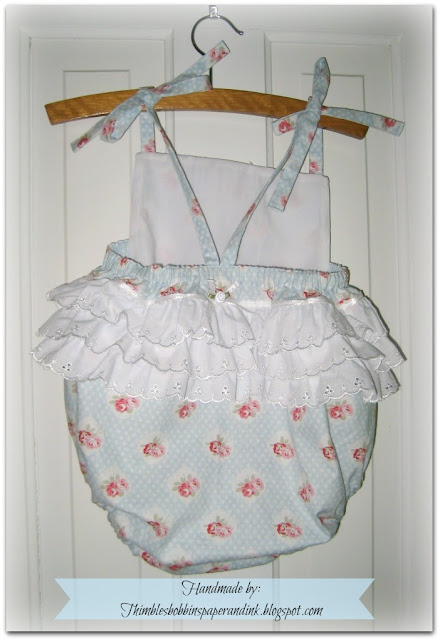 Nothing more sweet than seeing little girls in ruffles and bows, ribbons and rosebuds. 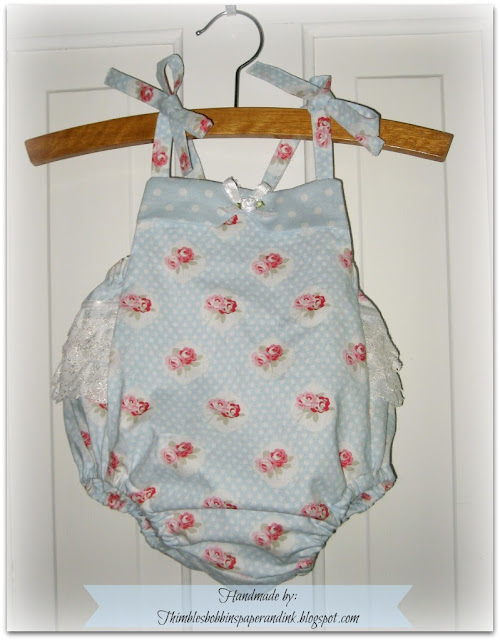 For the infant romper, since it was so tiny, rather than using three rows of the wider eyelet lace, I chose to use five rows of a narrow lace. 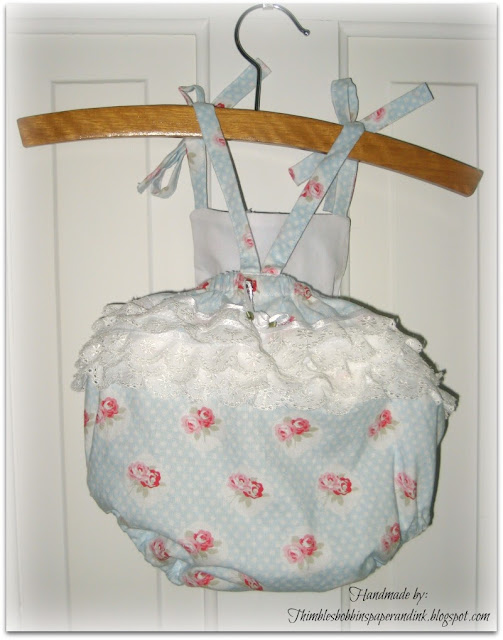 Of course I had to match the satin ribbons and rosebuds to the big sister version of the sun suit.﻿ 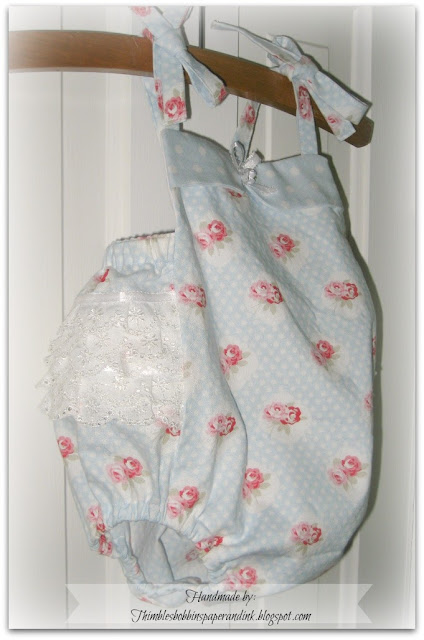 The fabric is from Tanya Whelan.  I just love her romantic fabrics.


Posted by thimbles bobbins paper and ink at 1:04 PM 3 comments: 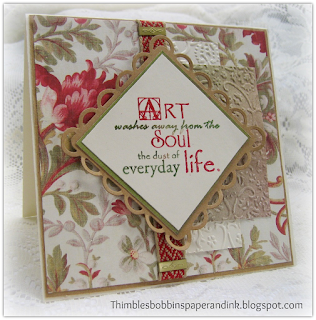 It's been ages since I've inked up stamps and made a card or two and I've really missed it.   I decided to take advantage of this week's Mojo Monday #464 card layout shown below:

I was cleaning and putting away supplies in my craft/sewing room and discovered some very old supplies.  Do you remember the FASCINATOR stapler?  It was all the rage about 10 years ago.  I decided to put it back in use to attach the ribbon tape.  And the Designer Paper is some very, very old Anna Griffin paper.  I always have loved Anna Griffin supplies and this floral paper was one of my all time favorites.  I had a scrap just large enough to use for this card.  And the Sentiment Stamp I've had for years and years and....well, YEARS! 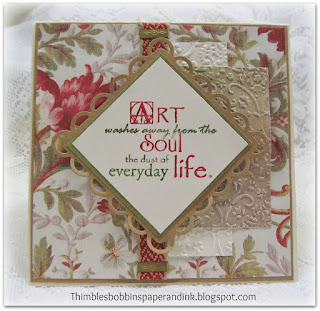 Until next time,
Cheers!
Jennifer