Memorial Day: a time to remember and honor

Today, in the United States of America, Memorial Day is observed. Memorial Day, originally called Decoration Day, is a day of remembrance for those who have died in our nation's service. Memorial Day was officially proclaimed on 5 May 1868 by General John Logan, national commander of the Grand Army of the Republic, in his General Order No. 11, and was first observed on 30 May 1868, when flowers were placed on the graves of Union and Confederate soldiers at Arlington National Cemetery.

Last week, while I was in my hometown of Michigan City, Indiana, I visited my father's grave. My father served during WWII and continued serving in the Army Reserves until he retired in the 1960's attaining the rank of Lieutenant Colonel. 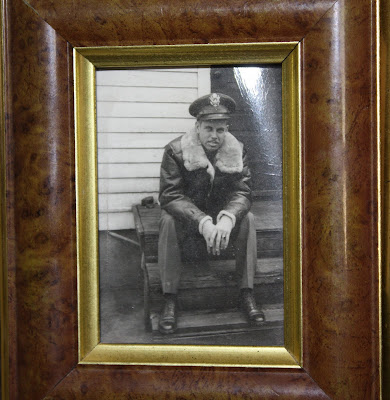 While my sisters and I were at the cemetary the grounds keepers were already preparing for today's memorial services by marking all military personel's graves with flags. 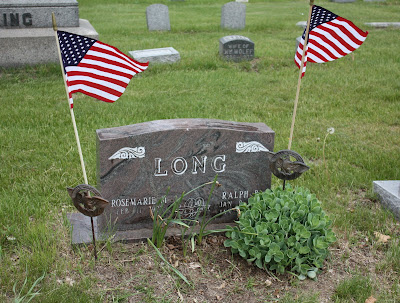 In addition to the stone marker, there is a marker set in the ground documenting the service member's military service. 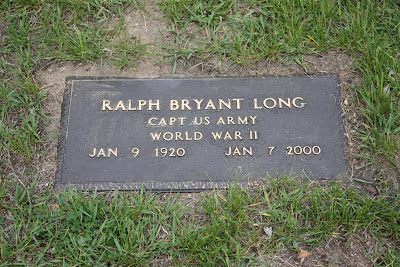 Today services will be held all over the United States remembering and honoring fallen soldiers. A very moving and poignant part of services held at Arlington National cemetary, not just today but throughout the year, is that of the Caisson Platoon.

The following videos are of the Caisson Platoon and their service to honor the fallen soldiers as well as the history of the playing of Taps.


Until next time,
Jennifer
Posted by thimbles bobbins paper and ink at 6:45 AM