Good Sunday morning and Happy August 1st! I cannot believe it is already August. This summer is flying by too quickly. After returning from taking our Newfoundland dogs for an early morning walk in the forest before the day got too hot, we decided that since we were up and outside we'd do a little weeding and checking of the garden. Gabe and Paige (my two adult Newfies) went inside the house to nap after their walk in the woods. Noah, my puppy, stayed with me in the garden to "help" with the weeding. 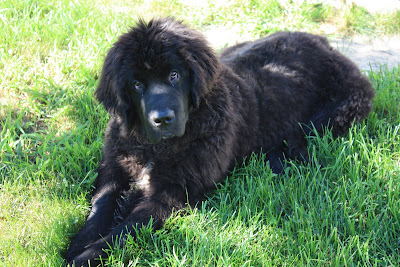 In just a few minutes I picked plenty of vegetables for tonight's supper. 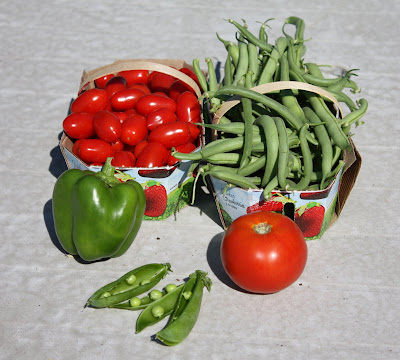 If you have followed my blog, you'll remember our little "friend" in the photo below. This is the groundhog, who we affectionately named HOUDINI who nearly destroyed my garden. Three times I replanted and resecured the garden fences and three times (an many times in between) Houdini came and feasted on my tender young vegetable plants. 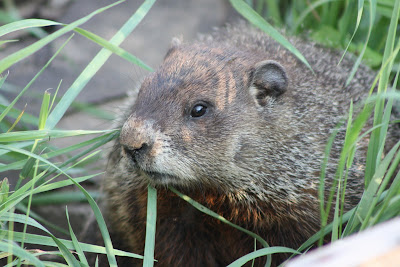 Houdini destroyed ALL of my broccoli and califlower plants. Sigh...we will not get any this summer from my little garden. However, for as much as he loved my peas and beans I managed to have a couple of rows to survive. 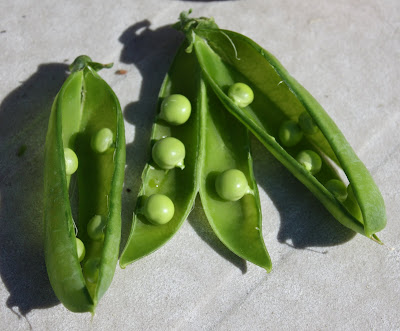 My husband and I have such a hard time picking enough peas for a meal because we enjoy standing in the garden and eating them like candy fresh out of the pods. I think peas are such sweet vegetables that come in their own bright green packaging. 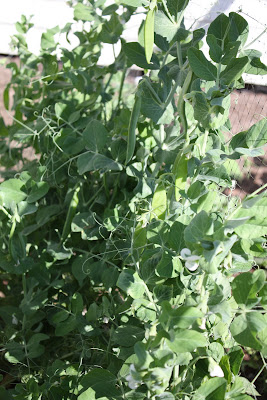 So I WILL be getting a few peas this summer. Probably only enough for meal to meal but (sadly) not enough to freeze for the winter. 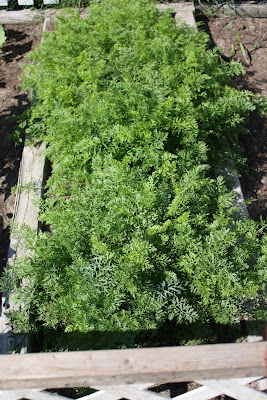 My carrots are doing well but they will not be ready to pull for another month or so. 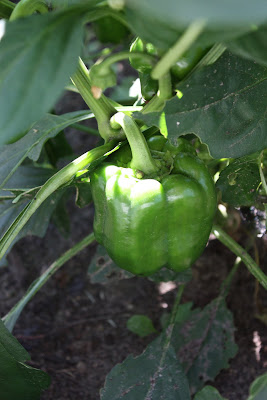 In previous years I've never had a great deal of luck with growing green peppers but this year I have a bumper crop of green peppers. They are just this weekend getting ready to pick. In fact we ate our first one last night and oooohhh how good! 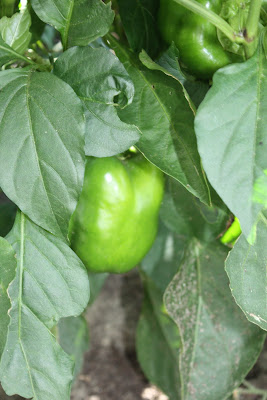 More peppers on the vine not quite ready but soon will be. 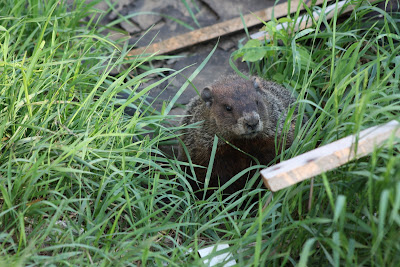 Mr. Houdini again (above). I planted cucumbers THREE TIMES!! ALL three times Houdini ate down to the ground the cucumber plants as they tried to grow. 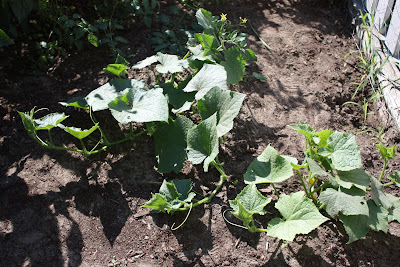 I gave up on the cucumbers, but by God's grace and a lot of sunshine and good weather (and Houdini finally leaving them alone) my cucumbers are growing again. I'll not have enough for pickles or even many at all since they are just now starting to blossom, but I just had to take a picture of the cucumbers that my husband and I have named "the little cucumbers that could." They are getting a lot of yellow blossoms on them and hopefully I'll at least get a few cucumbers to eat before winter sets in. 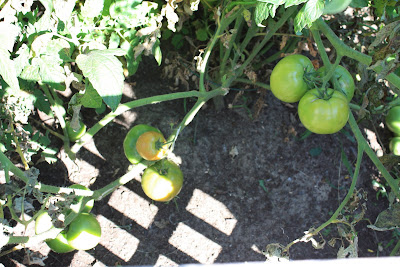 Tomatoes I have! There are hundreds of beef steak tomatoes as well as grape (cherry) tomatoes. The plants are so loaded with fruit that the cages collapsed so this morning my husband is resecuring my tomato plants for me, while trying not to break the vines. 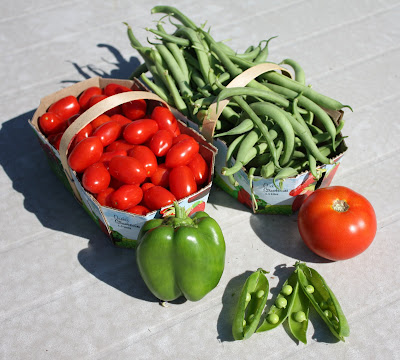 I really do enjoy my little garden. This year was quite frustrating loosing so many vegetables to "Houdini". It appears that Houdini has left and moved on now. Praise be! Now I can enjoy my garden produce in peace.

Until next time....
Cheers!

Jennifer
Posted by thimbles bobbins paper and ink at 10:27 AM